> How to identify a meteorite ? 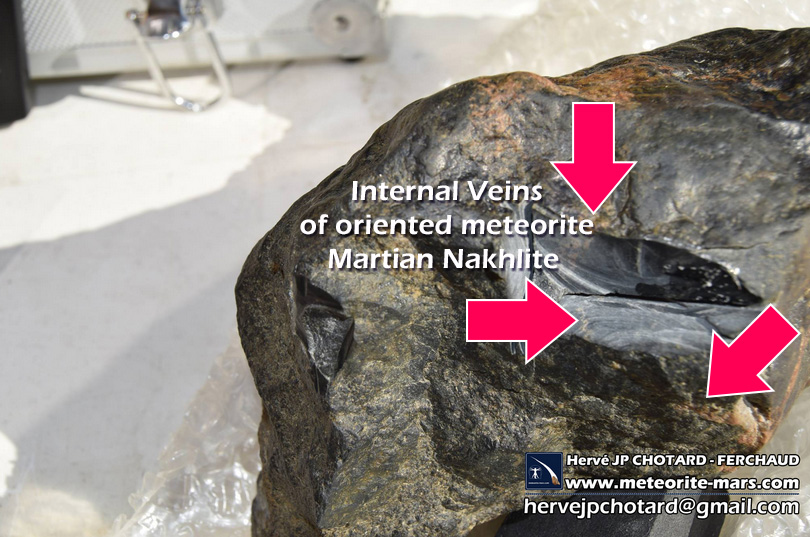 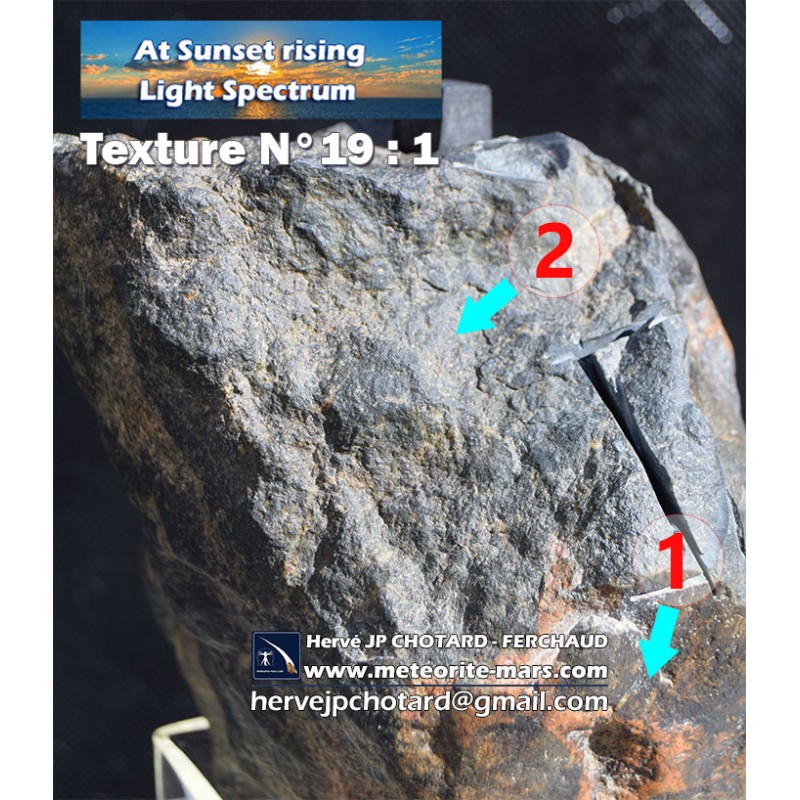 Return to the Mars Meteorite Home Page
Thank s !!
https://www2.jpl.nasa.gov/snc/nwa817.html
Northwest Africa (NWA 817) is a 104 g single stone found in the Sahara (Morocco) by meteorite hunters in November 2000. The meteorite is a non-brecciated medium grain olivine clinopyroxenite with a cumulative texture. It consists of a zoned eucalyptus subzealous augite (Wo42En38-22Fs20-36), olivine covering a wide range of compositions (from Fa56 in the nucleus to Fa86) with rare 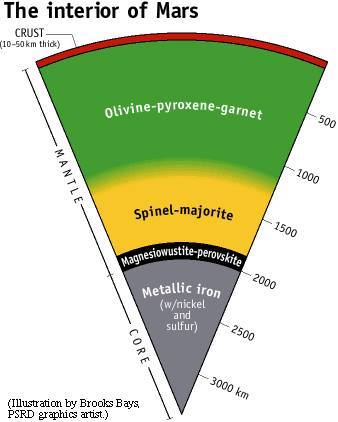 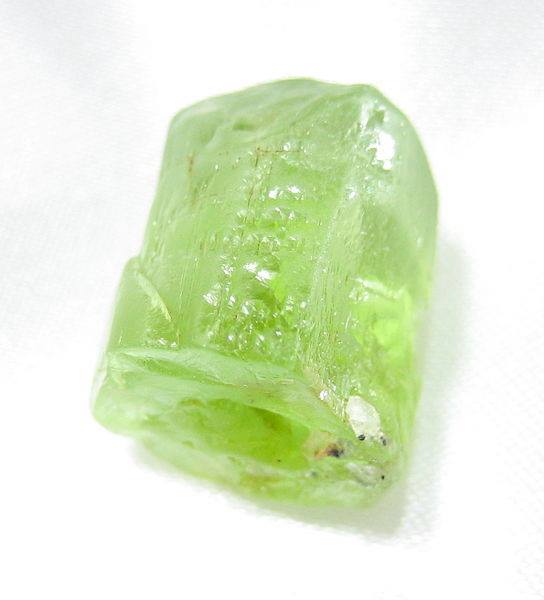 OLIVINE ON MARCH meteorite-mars.com Mars, a planet too rich in olivine?

Philip Christensen (University of Arizona) and Victoria Hamilton (University of Hawaii) claim that in the volcanic region near Syrtis Major, olivine deposits extend over more than 110,000 km2, almost four times as much. we did not think. Olivine, a silicate of iron and magnesium of green color, degrades very rapidly in the presence of water.

The presence of a large amount of olivine in this ancient region of Mars would mean that water was very little present. Olivine deposits were first discovered using data from the Mars Global Surveyor. They were then supposed to extend over approximately 30,000 km2.

This is not the first time researchers have relied on the data from these two orbiters to paint a dry, cold picture of Mars's past.
In an article published in Science in 2003, Christensen and his colleagues pointed out the absence of large expanses of carbonates, sediments whose presence would have testified to the past presence of oceans on the surface of Mars. This finding was confirmed by the team of Jean-Pierre Bibring (IAS / CNRS), who analyzed the data taken by the Omega camera Mars Express, spreading a little more the idea of ​​a hot and humid past in the world. childhood of Mars.

Summary: Data from the Observatory for Mineralogy, Water, Ice, and Activity (OMEGA) on the Mars Express spacecraft identify the distinct mafic, rock-forming minerals olivine, low-calcium pyroxene (LCP), and high -calcium pyroxene (HCP) on the surface of Mars. Olivine- and HCP-rich regions are found in deposits of the age range of geologic units. However, LCP-rich regions are found in the ancient Noachian-aged units, which suggests that they are derived from aluminum and calcium. Extended dark areas in the northern plains exhibit no evidence of strong mafic absorptions or absorptions due to hydrated materials.
thank s https://mars-express.cnes.fr/.../publis/abstract_publi6.htm
Posted in: Sciences
About: atmospherecartographyPlanetary ExplorationMarsMars Express
AT A GLANCE
HOME
IN DEPTH
MISSION
SATELLITE
INSTRUMENTS
CONTACTS
OTHER SITES
FOR PROFESSIONALS
PUBLICATIONS
SCIENTIFIC RESULTS
THE LATEST NEWS FROM THE MISSION

[BOOK] FOR THE BEACH THIS SUMMER: "SCIENCE IN COUNTERPIECE"
A unique book to immerse the reader in the permanent astonishment of research, associating accessible texts, drawings and original videos with a QR code.

[BOOK] RE-RELEASE OF "MARCH, A PHOTOGRAPHIC EXPLORATION"
The beautiful book of Martian photos released in 2013, co-authored by Francis Rocard (responsible for the exploration programs of the Solar System at CNES) is the subject of ...

ON THE TRACES OF A TSUNAMI MARTIAN OLD 3 BILLION YEARS
Thanks to images from Mars Express and MRO, French scientists reconstruct the scenario of an old Martian tsunami

May 9, 2017
Meteorite olive green color
Thank's to to
https://mars-express.cnes.fr/fr/MEX/publis/abstract_publi6.htm 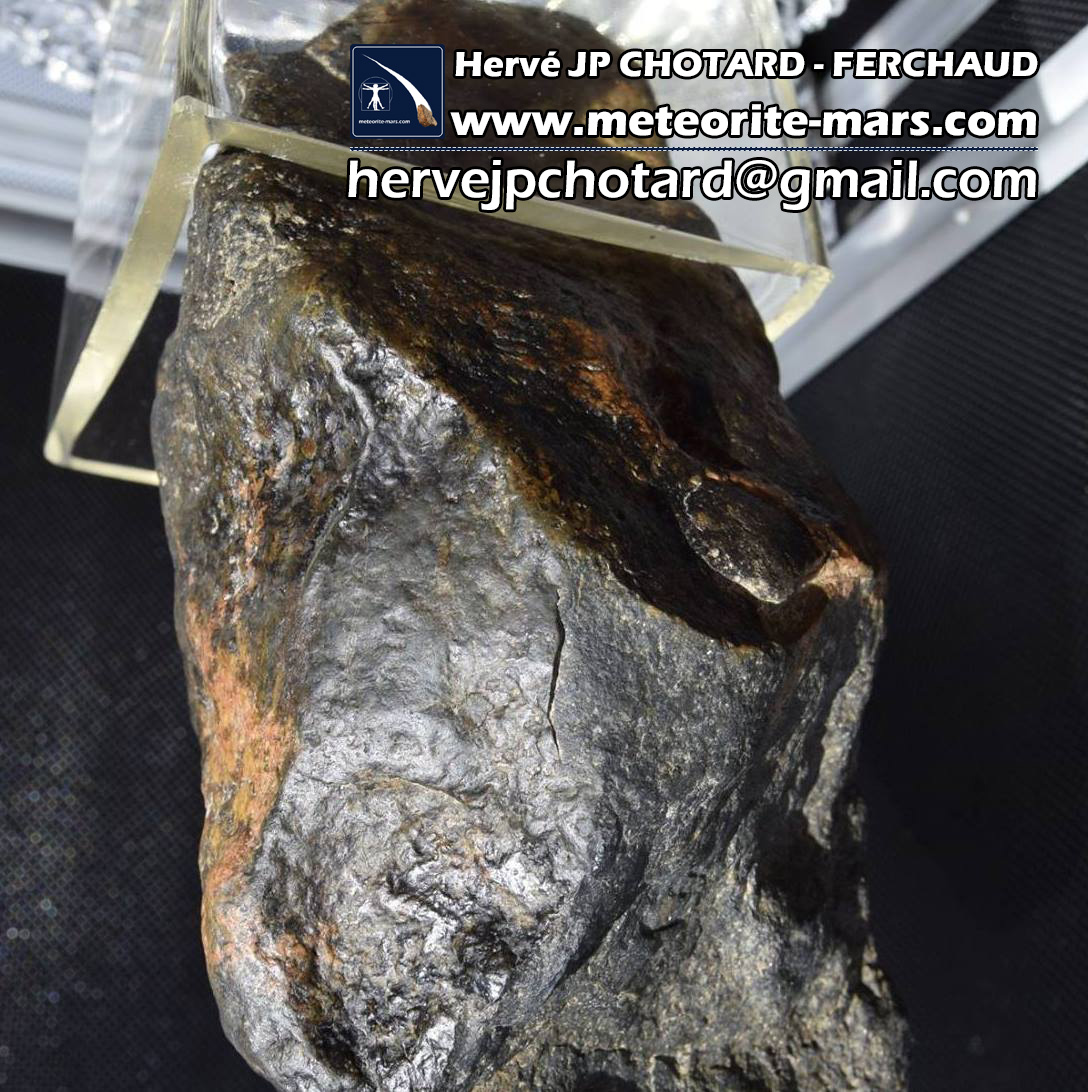 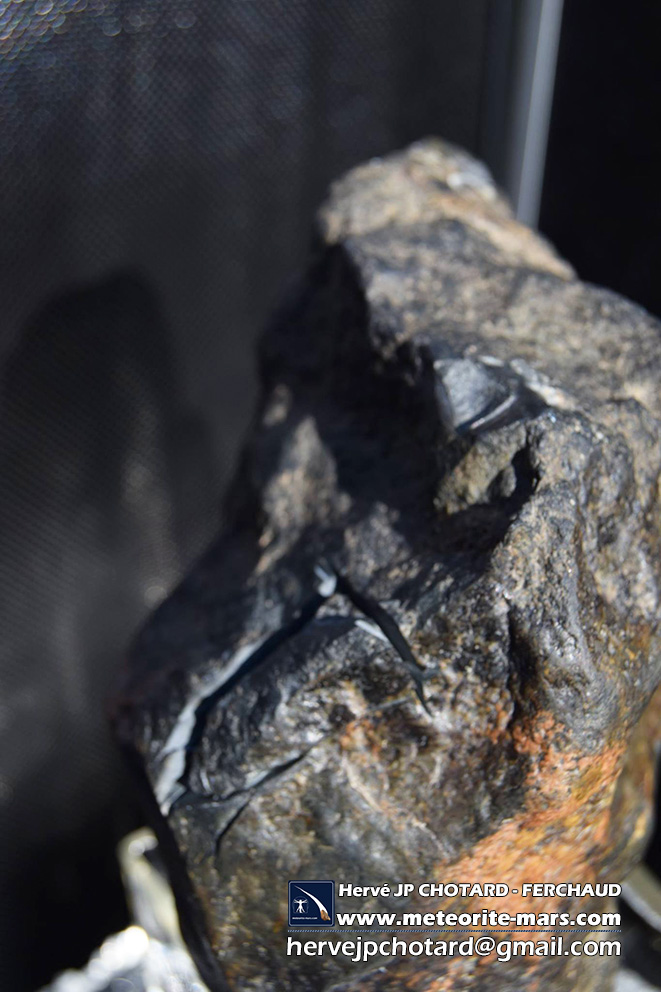 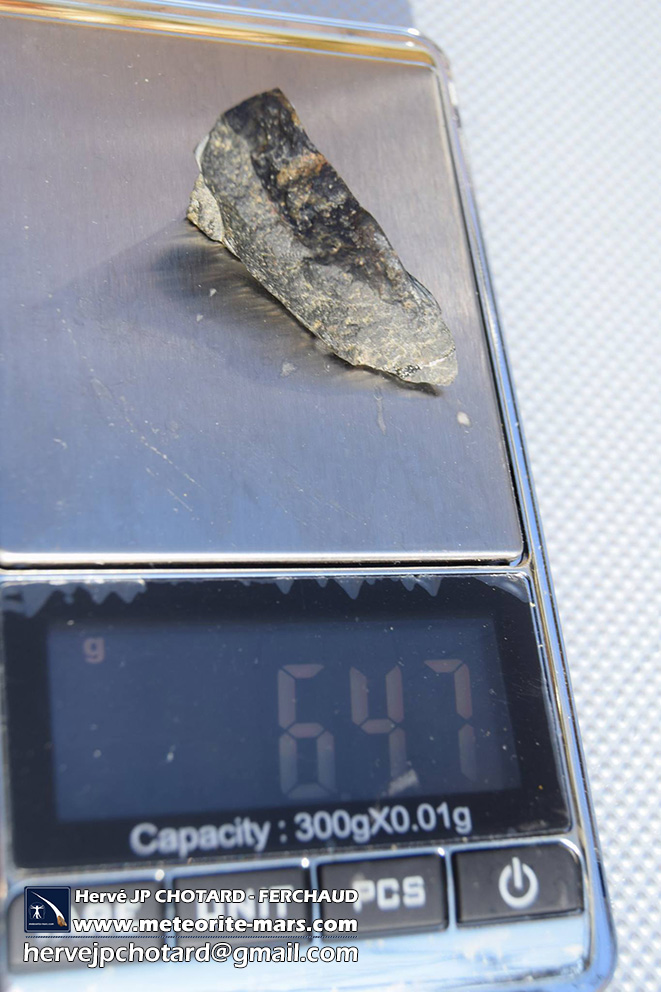 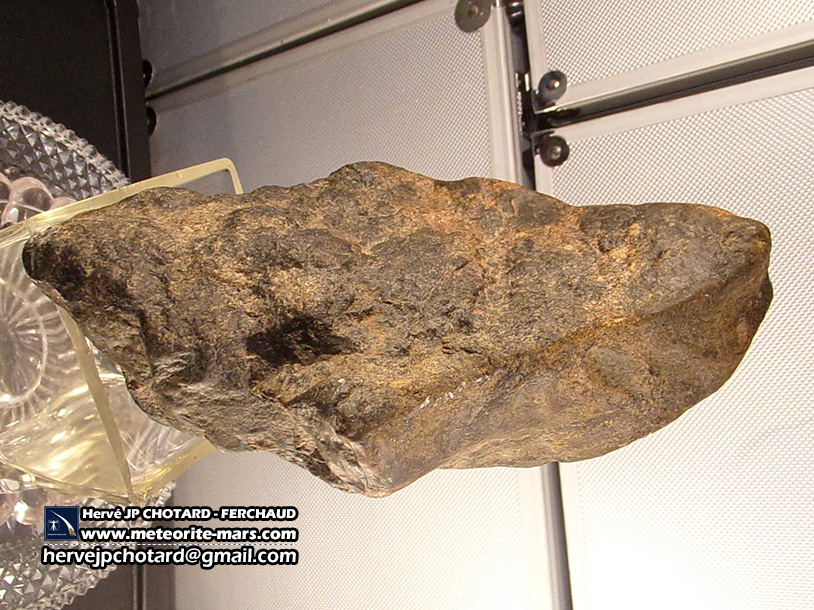 Friction in the Earth's atmosphere 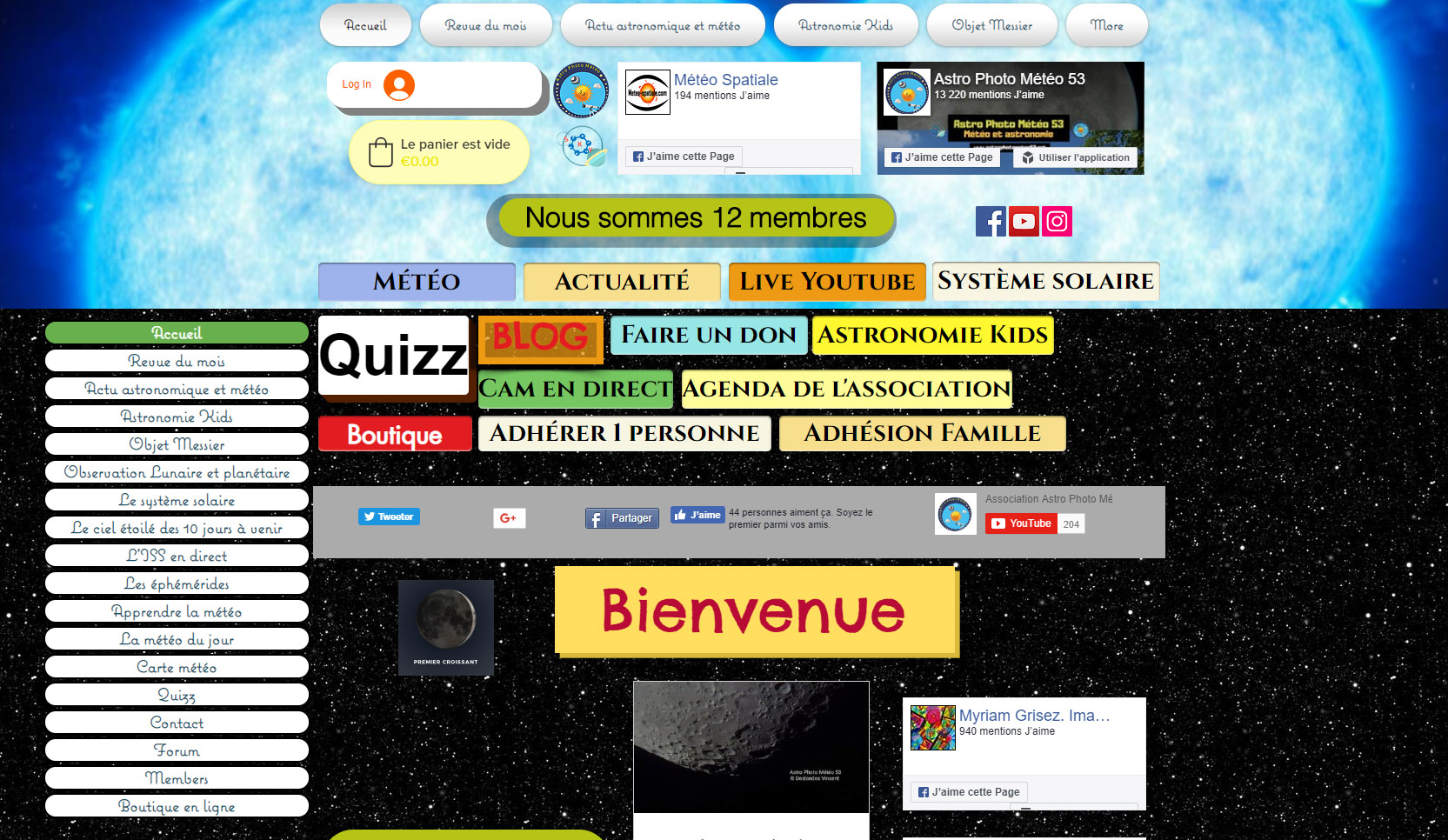 How to identify a meteorite ? There are no products in this category.